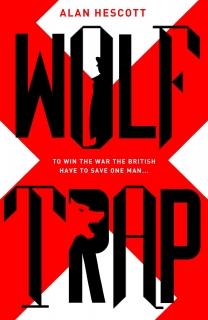 It is July 1944. German generals have tried – and failed – to kill Hitler. One man in London is relieved. Jago Craze, Military Intelligence Officer and failed S.O.E. agent, believes the premature death of Hitler could cause the Allies to lose the war. Jago attempts something he has never imagined, a secret operation to save Hitler.

The Link, a subversive organisation of British Fascists, is also doing something they never imagined. To save Nazi Germany they are going to assassinate Adolf Hitler – and the man who stands in their way, Jago Craze…