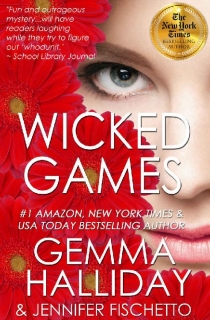 GamerCon has come to Silicon Valley, and high school reporter Hartley Grace Featherstone is excited to cover the convention that celebrates the history of video gaming and the latest break out titles causing a buzz on the scene. Case in point: the much anticipated Athena’s Quest by hot young game developer Connor Simon. However Hartley’s cavorting with Pokémon and Mario-loving fans gets cut short when, before Hartley can even try out the new game, Connor is found dead—bludgeoned to death by a gaming console!
GamerCon is suddenly a crime scene, Hartley is in the middle of a homicide story, and everyone at the convention is a suspect. From Connor’s gorgeous girlfriend, to his overbearing talent manager, to his former partner with a grudge and an agenda, and his teenage protégée with a secret, everyone in Connor’s life had a reason to want him dead. With the help of her bubbly best friend and the bad-boy editor of her school paper, Hartley finds herself wading through suspects, crashing crime scenes, and digging up evidence…all while dodging her mom’s new boyfriend who just happens to be the homicide detective assigned to Connor’s case.
As tensions escalate and the danger mounts, it’s only a matter of time before the killer strikes again…and it could be game over for Hartley!