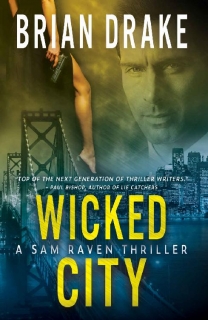 Sam Raven is a man with a mysterious past and an unknown future. Drawn to help people in jeopardy because of his own personal tragedy, he collides with San Francisco Police Inspector Kayla Blaine after saving her from mob killers.

Kayla never expected to end up on the mob’s hit list – now she’s on the run. Even her closest colleagues are a threat.

Sam Raven is Kayla’s only chance to stay alive. Raven uses every skill in his arsenal to outwit her enemies, but the longer they run, the closer the enemy gets. Raven and Kayla are forced into a desperate fight where only one side will survive.