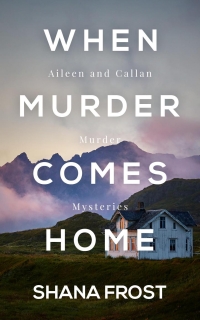 An adventure she’d asked for, being a murder suspect? Not really.

Introverted yet brilliant (former) accountant Aileen Mackinnon ditched her risk-less life in the city for the village of Loch Fuar, nestled in the picturesque Scottish Highlands. Now she’s the co-owner of her Gran’s inn, Dachaigh, and an amateur innkeeper to ten new guests. But when one of her guests doesn’t turn up for breakfast and the other dangles over the window sill, Aileen finds herself in deep waters, especially with the handsome local detective.

One man show, Detective Inspector Callan Cameron couldn’t be happier— finally a murder if not two! The only issue- he’s forced to join forces with the new innkeeper in town. What could be more horrible than having a partner? A partner Callan loves to argue with? A partner that gels with his detection style seamlessly?

Between bloody murders and stolen rings, the tension is high, so is the heat. They might not always see eye to eye, but can they agree: whodunnit?