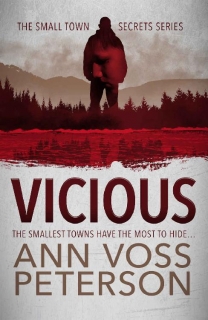 THE CONVICT
Ex-con Curt Tillman never knew his father. He only discovers he’s the son of notorious serial killer Ed Dryden when his old man escapes from prison and goes after the woman Curt loved… and lost.

THE CHILD
But there’s more at stake. Melanie Fox never told Curt she gave birth to his son while he was behind bars. This is going to be one doozy of a family reunion.

THE EX
Years ago, stripper-turned-tavern-owner Nikki Sin married Ed Dryden in a prison wedding. Now that her former husband has escaped, she knows he’ll be coming. But this time she won’t let him hurt her. This time she’ll get him first.

THE KILLER
Ed Dryden has a lot to catch up on. But he’s a man with a plan. A plan he’s been working on for years. A plan that will rip his family apart in the most horrible way possible.
An escaped serial killer.
A son with murder in his blood.
An innocent child.
A protective mom.
A stripper with a score to settle.
Winner take all…