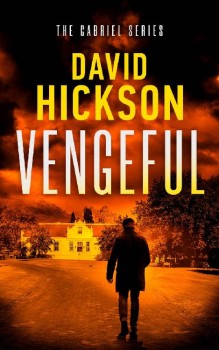 A series of brutal murders. A hunt for the thieves behind the Gold Heist. Both trails lead to the same man …
Ben Gabriel was once a soldier in the elite British Special Forces, but that was before his dishonourable discharge and his subsequent descent into a life of crime.

Now he is on the run from a wealthy gold mining magnate – determined to hunt him down and reclaim the gold taken from him in the biggest gold heist in living memory. And Gabriel’s life is about to become even more complicated – prominent South African society members are being brutally murdered, and the police have discovered a link between the murders and Gabriel.
But is Gabriel responsible for the murders? Or is his connection to them more complicated than guilt?
Can Gabriel escape the clutches of his pursuers?And … where is all that gold?