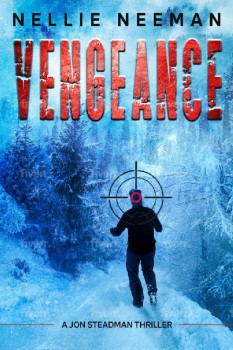 Can an FBI agent untangle a web of deception before he’s caught in its deadly trap?
Agent Jon Steadman is clashing with his no-nonsense boss, and skating on thin ice with his on-again, off-again girlfriend when things only get worse. Jon’s friend is brutally attacked while investigating a slew of frightening cases with no common thread. Committed to finding the assailant, Jon picks up the trail in search of answers. With the help of an alluring goth-loving journalist, he begins to put the pieces together, but not fast enough.
People are turning up dead.

Meanwhile, Israeli geneticist Dr. Terry Lavi is planning her marriage to the love of her life. When she’s recruited to identify an elusive dealer of classified government documents, she’s soon torn between devotion to her fiancé and duty to her country.
A shaky alliance develops when Terry and Jon’s missions cross paths. Each is forced to navigate a maze of guile and manipulation. One is tasked with preventing the world’s most sensitive intelligence from landing in nefarious hands, the other with stopping a ruthless hacker before innocent victims pay the ultimate price.