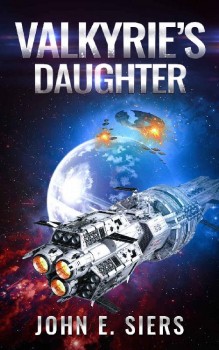 The Otuka are hunting a most dangerous game!
The alien Akara have a secret. They’ve discovered the location of a planet that is home to a primitive human civilization, another ancient “seeding” of the legendary Progenitors. But this planet lies in the territory of the Otuka, spacefaring alien predators who consider human flesh to be a delicacy and the planet to be their private hunting preserve.

Unwilling to confront the Otuka, the Akara have passed the problem to their human allies, the Lunar Free State. Now, the LFS needs to decide what to do about it. Are the “Moonies” willing to take responsibility for an entire planet’s population?

One thing seems certain: a favorite food of the Otuka is about to get much more expensive, as the LFS Marines stand ready to teach the Otuka hunters a hard lesson in the perils of hunting the humans in this part of the galaxy. But no one knows the technology state of the Okuta. Will the Marines be the hunters, or find themselves being hunted in turn?