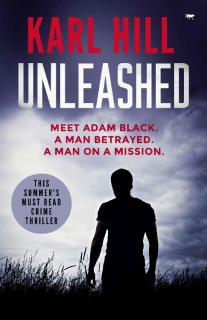 Meet Adam Black. A man betrayed. A man on a mission.
Does anything matter more than justice?
Adam Black, an ex SAS Captain, is randomly attacked while out for his nightly jog in the quiet Scottish village of Eaglesham. But Black does not take the ambush lying down and while defending himself kills two of the three attackers.

After being interviewed, the police decide not to press charges against Black.
Unbeknownst to Black, the men who assaulted him have links to a vicious criminal, Peter Grant, who swears revenge.
Black is not a man to mess with. But neither is Peter Grant and when he begins a campaign of terror against Black, his wife and daughter, Black refuses to be intimidated.
But at what cost?