Under Payne by Audrey Walker 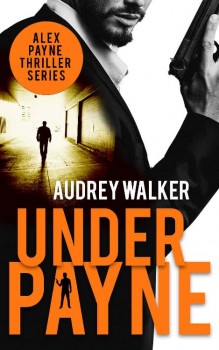 A hidden, underground organization operates deep within the city. An organization unheard off, un seen and un known. An organization so powerful, that the FBI is on it’s toes. And when Alex is pitted against this powerful foe, what happens?
Alex has been given strict orders – orders he can’t escape from. He has to infiltrate the elusive organization known as the Armageddon, and find out whatever he can about it’s smuggling operations. As Alex takes on the mission, one thing soon becomes clear. Something dark is at play here. The organization is involved in things that Alex couldn’t even imagine.

But Alex doesn’t have the time to think about that. Right now, he only has one thought on his mind, Surviving in a place like this. He has to stay hidden, because exposure means a certain death. But, things are not as easy as they seem.
He has never met a foe like this before. Will he manage to survive in this dark place? Or is early death meant to be his fate?