Under Construction by Bradd Chambers 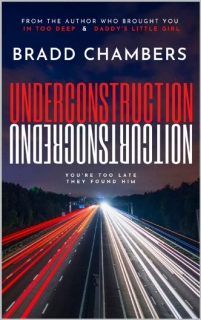 The Mother
Nuala’s childhood home is being knocked down in favour of the new dual carriageway connecting the two major cities in Northern Ireland.
The Daughter
Danielle’s father’s body is found in the rubble of their old garage. He’s been missing for three years now with no answers as to why he left them.

The Detective Inspector
Detective Inspector McNally has to hit the ground running when he moves to Derry and investigates the biggest missing person case the city has had in a long time.
The Ex-Boyfriend
Chris has to make amends with a grief striken family that he hasn’t spoken to in years. Just so he can keep his darkest secret underground.