Under An Evil Star by Jane Holland 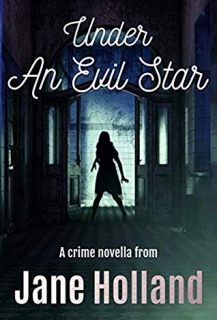 When a man’s severed head is found, Detective Sergeant Jack Church struggles to identify the victim. Until a vicar’s estranged daughter reports her father missing.

Stella Penhaligon hadn’t spoken to her father in years. But she’s at a loss to understand why anyone would have murdered him – and in such an horrific way. Determined to bring his killer to justice, she knows that finding her father’s remains could hold the key. An expert in the ancient art of horary astrology, traditionally used to answer queries and locate missing items, Stella employs her skills with uncanny results.

Only DS Church doesn’t believe in astrology, and suspicion soon falls on Stella instead. It seems she’ll need to identify and locate the killer too, if she wants justice for her father. But the deeper she digs, the more of the reverend’s dark secrets she uncovers …
Did she really know her father at all?