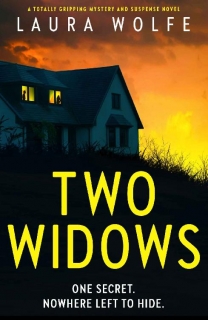 The body of an unidentified woman has been found on a local beach in a small town. The police have no suspects.
Gloria is used to solitude. Widowed and still grieving her late husband, she spends her days with only her faded photographs for company. But when a young woman is murdered nearby, Gloria grows anxious. Living alone in an old farmhouse, surrounded by empty woods, there’s no one for miles who would hear her scream.

When freelance travel writer Beth arrives with her trailer to live on Gloria’s land, Gloria is relieved not to be alone. The police have no suspects in the murder and fearless Beth makes Gloria feel safe. Then Gloria discovers Beth is a widow too: the women become closer and begin to share their secrets.

But soon Gloria starts to wonder… what does she actually know about Beth? About what brought her to this isolated spot? About how her husband really died? Is it a coincidence that she’s arrived just as this small town has seen its first murder in decades? Gloria thought that Beth had told her all her secrets. She was wrong.
An utterly compelling suspense novel that will have you hooked, Two Widows is a gripping thriller that will keep you up all night. Perfect for fans of Lisa Jewell, The Couple Next Door and The Woman in the Window.