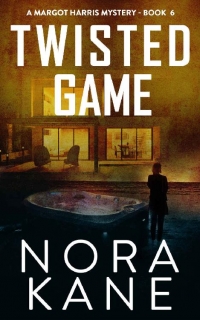 “Do you believe I didn’t kill my husband?”
“I haven’t done enough work to draw a conclusion. So, I don’t believe you did, either.”
A Cheating man and his mistress are brutally murdered in his own backyard, and his wife becomes the prime suspect.

Private Detective, Margot Harris is on the case to help Phoebe, the murdered man’s wife, but her alibi is shaky at best. Irrespective of whether Phoebe is innocent or not the truth she is hiding is bound to put not only Margot’s life in danger but also the people she cares about.

To make the matters worse, a YouTube star is chasing Margot and accusing her to be the Cartel’s hitwoman. Will Margot be able to figure out if Phoebe is the murderer while keeping herself safe?
Go along on a wild ride with Margot Harris as she navigates the murky waters filled with dangerous and shady characters associated with the cartel and organized crime.