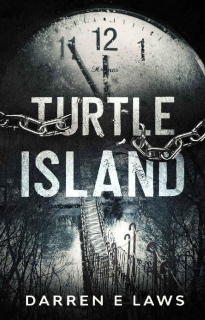 When the body of a man is washed up in the river; Turtle Island, Missouri is awoken from being a peaceful haven and thrust into the attention of the national media.
The case is solved rather all too conveniently and F.B.I agent Georgina O’Neil is left with severe doubts – have they caught the right man? A feeling that is justified after case Detective Montoya and his family are kidnapped and a web site is set up promising America its first ‘live execution’.

Turtle Island is now thrust into global spotlight and the world gets to vote on who the killer will choose next. As O’Neil digs deeper, she finds evidence of a paedophile ring that could run into the heart of the police.
No longer sure who they can trust, O’Neil and case partner, Detective LaPortiere, have to find the Montoya’s and save them before a killer deadline.
The clock is ticking…