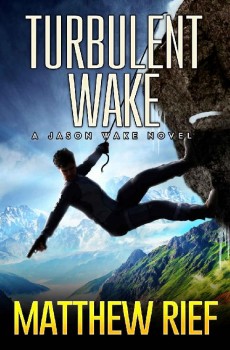 When a team of scientists investigating a lost Viking shipwreck are murdered, government agencies worldwide scramble to uncover a motive and hunt down those responsible. Upon receiving an urgent request from the White House, Jason Wake and his team of covert operatives race to the land of fire and ice for answers.

Forced to conquer unexpected dangers and fend off attacks at every turn, Jason and his team soon find themselves toe to toe with a powerful adversary who will stop at nothing to release a deadly virus capable of decimating the human population.
Turbulent Wake is brimming with heart-stopping chases, treacherous ice climbs, spine-tingling dives, and perilous firefights set among breathtaking scenery. The fate of humanity hangs in the balance in this electrifying new global adventure.