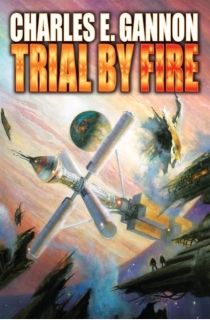 When reluctant interstellar diplomat and intelligence operative Caine Riordan returns from humanitys first encounter with alien races, sudden war clouds burst. With Earths fleet shattered by a sneak attack and its survivors fighting for their lives, Caine must rely upon both his first contact and weaponry skills to contend with the non-humanoid enemy. And when the technologically-superior attackers sweep aside the solar systems last defenses, and traitorous corporations invite the invaders to land ‰security forces, humanity fights back with its best weapons: cunning, inventiveness, and guts.