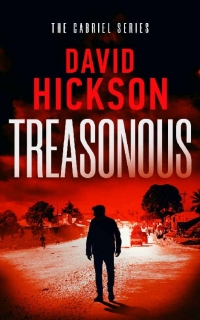 An ex-assassin. A president with a dark secret. And a stash of gold.
Ben Gabriel’s dishonourable discharge from the elite British Special Forces has left him disillusioned and unemployable. When a dead journalist is pulled from the waters of Cape Town harbour, Gabriel seeks the answers to the questions he was asking. Questions about the new president.

How did he survive the fire that killed his freedom fighting comrades? And what happened to the woman who betrayed him?
Gabriel knows that sometimes it takes one killer to stop another, and will do anything to discover the truth, even if that means stepping outside the law.
Sometimes the path to truth is more than a little crooked.
If he fails, what will become of the country under the leadership of a killer president?