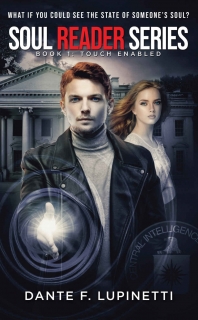 Zeke Jackson, a mild-mannered reporter with a checkered past, wants to be an on-air reporter but he has a stuttering problem. His boss sends him to a televangelist to be healed. After being slain in the spirit his stuttering disappears and he acquires an unexpected supernatural ability to see the state of people’s souls and detect their lies. As others seek to use or exploit his gift, he questions why he has it and its source. The CIA, who has worked extensively with psychics, notices his gift and hires him as an asset to help prevent an assassination plot on the president and vice president. When they bring in one of the suspects, Zeke extracts critical terrorist intel which enables the Secret Service and FBI to prevent the assassination and take down the terrorists.