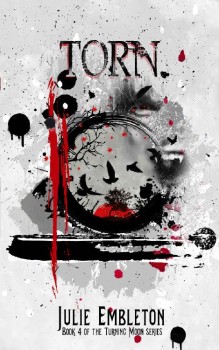 When fate makes a cruel move, do you surrender or fight?
Floundering in the wake of an unexpected arrival in Cedar Copse, Tori and Blake face impossible choices. Torn between love, loyalty and guilt, they must each decide who and what is worth fighting for. But choosing one means surrendering another, and when it comes to love, the right decision is often the hardest.

The indomitable Johann Durand is missing. A deadly drug poisons the streets of London, and the hunters will only support his rescue if Tori takes responsibility for the vampire they all want ashed; his brother, Alexander. Already suffering her own loss, Tori wants nothing to do with the brewing chaos, or either Durand brother. Fate’s cruel twist has torn her and Blake apart. Both face an impossible choice, and burdened by love, loyalty, and guilt, neither know which way to turn.

Surrender or fight, the choice is theirs, but when it comes to love, the right decision is often the hardest.