Too Slow to Die by Tony Jenkins 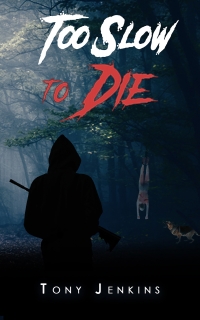 Soldiers destroy a remote Romanian village and three die, which starts a trail of killing and vengeance spread across two countries. When his company and family are then threatened by the Russian Mafia in Liverpool, Jack Randil has to outwit his enemies at home and a murderous assassin stalking his niece and her fiancé in Hungary.

In his battle with the ruthless foreigners, Jack finds himself an unwilling ally of local gangsters, until they also pose a threat. A Romanian government official is brutally killed and a soldier suffers a lingering death, which alerts the authorities and brings a clever detective to work with Jack to expose and arrest the killer. As they threaten him, the assassin sets a trap to save himself and kill Jack and his friends.