To the Dead Already by Michael Millar 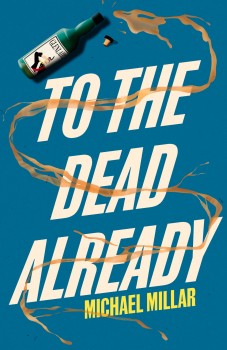 ‘I have one question for you, Mr Macfarlane, and please don’t take it the wrong way. Do you have any idea what you are doing? Any idea at all?’ James Macfarlane — whisky tycoon and dilettante freedom fighter — is beginning to suspect his antagonists have a good point. His plan to overthrow Caledon’s despotic leader, the Marischal, had been going swimmingly. That was before he was thrown in a dungeon, shot in the face, and damn near shipwrecked. But little does Mac know that things are about to get truly out of hand.

Forces he can barely comprehend are eyeing him hungrily. Geopolitical intrigue runs in their veins and they think Mac’s jus the man for their most audacious and suicidal plot yet. Meanwhile, the diabolical ranks of the Caledon regime, enraged at Mac’s trail of destruction, are closing in on him and his ragtag group of co-conspirators. Rarely have the stakes been so high and the chances of success so low.