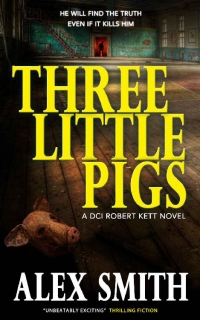 He will find the truth. Even if it kills him.
Five months ago, DCI Robert Kett’s wife Billie was snatched from a London street.
Five months of no leads, no evidence, and no suspects.
Until now.

When a routine police search uncovers a chamber of horrors beneath one of the city’s most expensive houses, detectives find a clue that points to Billie’s fate, and to the identity of her kidnapper—an enigmatic killer known as the Pig Man.
Desperate for closure, and still reeling from his last investigation, Kett returns to London for his most personal and most dangerous case yet—a case that pits him against a terrifying evil.