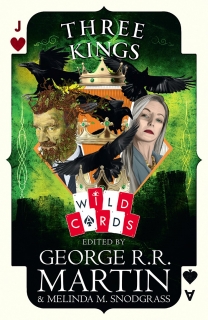 Queen Margaret, who came to the English throne after the death of her sister Elizabeth, now lies on her death-bed. Summoning the joker ace Alan Turing, she urges him to seek the true heir: Elizabeth’s lost son. He was rumoured to have died as a baby but, having been born a joker, was sent into hiding.

Margaret dies and her elder son Henry becomes king and at once declares he wants to make England an ‘Anglo-Saxon country’ and suggests jokers be sent ‘to the moon’. Dangerous tensions begin to tear the country apart. The Twisted Fists – an organization of jokers led by the Green Man – are becoming more militant. And Babh, goddess of war, sees opportunities to sow strife and reap blood…