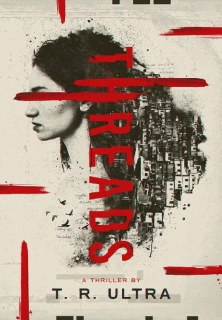 Lost in the heart of Rio, gangs aren’t the only thing to fear . . .
Emily Bennett is not used to dangerous situations. Sent to the vibrant city of Rio to report on a world-famous firearms expo, she’s well aware of the city’s dark side. But nothing could have prepared her for what she finds.

When her driver turns out to be a friendly, strange young man named Renato—who seems to know just a little too much about her—Emily thinks little of it. But after the police arrive at her hotel and begin interrogating her about her contact with him, her encounter quickly spirals out of control . . . and before she knows it, she’s a wanted criminal.

Thrust into an unfamiliar new world and unable to speak the local language, Emily must fight her way through the murkiest parts of the infamous Gloria Santa slums on a desperate bid to reach the US embassy. Forced to rely on Renato, her only ally, the web of corruption and lies begins to slowly close in on them as Emily struggles to unravel the growing mystery.
Lost in a foreign country and unsure who to trust, will Emily make it out alive? Or will she become just another victim of Rio’s underground?