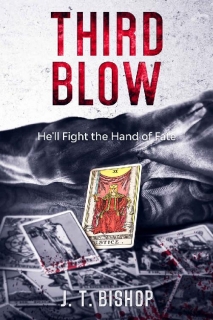 Jace Marlon’s best friend is dead, killed by a man as mysterious as Jace’s past.
Forced to trust Detectives Daniels and Remalla, who suggest the motive for the murder is more elusive than the killer, Jace must face a truth he can no longer avoid.

Confronting his troubled youth, Jace has no choice but to ask for help, and finds an unexpected ally in a tarot reader whose assistance could lead to more than friendship and whose readings may provide the link to the secrets he must uncover. But her involvement could risk her life, as well as the lives of the detectives.

With a killer at large, Jace must choose between revenge and answers. And the survival of those he befriends will depend on a quirky woman with chunky jewelry, those he must learn to trust, and the belief in the one thing he never knew existed…family.