The Witness by John Ryder 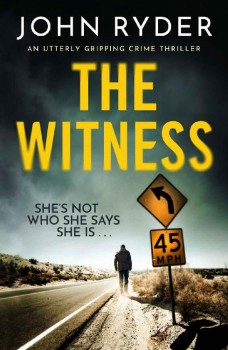 “Find my daughter in twenty-four hours. Or she’s dead.”
Kyle Roche is a man whose job it is to stay invisible. Dark, mysterious, and only sometimes on the right side of the law, only a lucky few know how to reach him: Kyle can fix their problems, however dangerous.
Now he’s been hired to save a woman in Witness Protection, one who doesn’t officially exist anymore. But before he can keep her safe, he has to find her. And he has less than twenty-four hours to do it…

Savannah Nicholls is in hiding because of a tragic mistake. Her mother insists her daughter is just a nice girl, from a good family, that she’s never gotten in trouble in her life. But she also says someone knows where her daughter is. And they want to kill her.

If he’s going to keep Savannah safe, Roche needs to know who is after her, as well as what she witnessed, who her enemies are, and if they have really been able to find her. But how can he protect a woman who is as invisible as he is?
Because the clock is ticking…