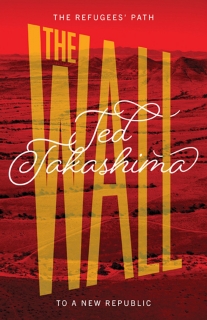 Captain Jadon Green has been labeled the Border Butcher after a terrible tragedy occurred between the US military and illegal immigrants who were forcing their entrance into the United States of America at the Mexico border wall.

Resigned to a life of misery and loneliness after having lost not only his military career to a dishonorable discharge but also his family after his wife left him and took their daughter with her, Captain Green is offered the chance to redeem himself in the eyes of the country and his family.

His new mission is to lead a Revolutionary Army and found a Nueva Cordova, a country where no citizen will ever have to flee. Along with Professor Luis—Cordova’s only hope for rebirth—and his daughter Penelope, Captain Green’s mission is on the brink of success when a bullet threatens to destroy it all. Will Nueva Cordova become a reality?

We All Fall Down by M.M. Boulder

The Forum by Marie Reyes

Buried in My Past by Eva Mackenzie