The Wake by Vikki Patis 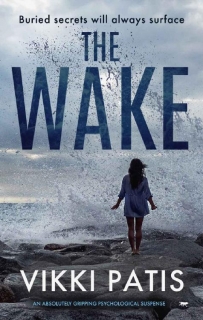 Blood isn’t always thicker than water…
In the wake of Richard Asquith’s death, his family come together to say goodbye.

The Daughter
Skye hasn’t seen her father in years. Can she ever forgive him for what he did?

The Daughter-in-Law
Lexi hopes her secrets have died with Richard. Can she keep the truth to herself forever?
The Mistress
Eleanor is heartbroken, but is her grief clouding her judgement?
The Celebrant
James has had enough of death. Can he give Richard the send-off he deserves?
Everyone has something to hide but buried secrets always surface…