The Virtuous Con by Maren Foster 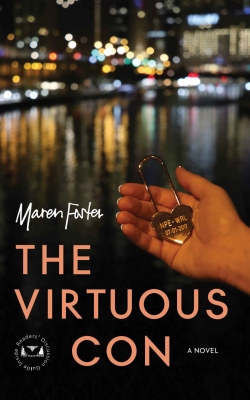 What would you do if the unspeakable happened to you? This is the question that haunts Wyn Laurent after something precious is taken from her in the most unforgiveable way. Years before the #MeToo movement gained momentum and the unravelling of a Hollywood mogul, Wyn Laurent—a teenaged Millennial from the Chicago suburbs raised by her single mom and older sister—faces a difficult choice: take her chances on the criminal justice system, or take matters into her own hands. Married and living in a wealthy suburb of Connecticut, things begin to unravel when her high school sweetheart and his new wife move in next door.

As her well-laid plans begin to backfire and she frantically searches for a Plan B, she takes advantage of the system and the movement that is empowering women around the world. But how far will she go and will her single-minded focus on revenge expose the women she loves to the monster she is trying to destroy?