The Tormented by Sarah Sheridan 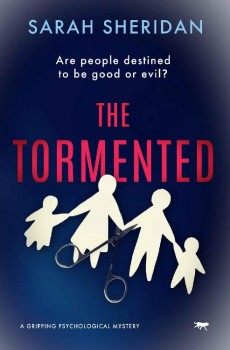 Christmas is going to be a nightmare at Sister Veronica’s family gathering in this compelling crime novel by the author of The Convent and The Disciple.

Sister Veronica has arrived at her cousin’s mansion just in time for Christmas, and she didn’t realise so many other people had been invited. Soon it becomes clear how dysfunctional her extended family is.

Events take a dark turn when Giles, her cousin’s husband, collapses and dies in the kitchen. And when Sister Veronica finds out that he was poisoned to death, she sets about trying to solve the mystery. It soon becomes clear the killer is still in the house . . .

As the body count rises, Sister Veronica starts to suspect everyone—but will she have time to identify the killer when she’s become the next target?