The Shadow Bird by Ann Gosslin 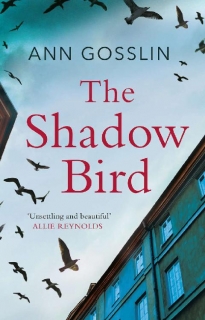 Three months into her new role as a psychiatrist at a clinic in New York, Erin Cartwright is asked to evaluate the case of a man who murdered his mother and sisters at the age of seventeen.

Found not guilty by reason of insanity and held in a maximum-security psychiatric facility for twenty-seven years, Timothy Stern is now eligible for release. Upon learning the crime occurred in the same village she once visited as a child, Erin is on the verge of refusing to take the case, when a startling discovery triggers memories she’d rather keep hidden, and a suspicion the wrong man is behind bars.