The Seminary Man by Dan Whitesnow 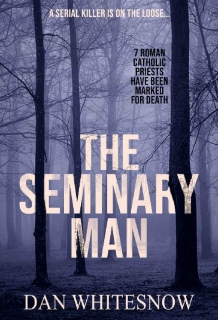 In this gripping crime thriller, a delusional ex seminarian is poised to take the lives of 7 Roman Catholic priests, who might have crossed his path in different ways…

Seven ‘holy’ priests from the holy mother church have seen the same vision. Philip Morgan is going to become the very first Pope ever to emanate from the United States. But there’s a ritual to prepare him before he is accepted into the seminary, and Philip isn’t going to have that as a hindrance. He succumbs, and he’s quickly ushered through the gate of St Joseph.

Life in the seminary is perfect, Philip is finally living his dream, until iniquity was found in him. And the gate of St Joseph which was once a sanctuary, is suddenly shut against him. Philip knew he must continue his formation at the seminary if he must become the future Pope. But when the very same priests who’d planted the seed of SIN in him turned against him in his most vulnerable moments, Philip is poised to make them pay.

And then, an estranged nun walks into the picture in the middle of the night, and by morning another priest is found dead.