The Second Woman by Louise Mey 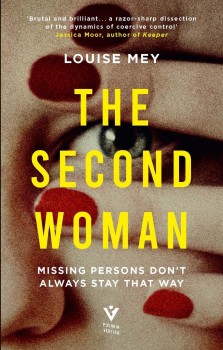 An immersive, deeply affecting novel about coercive control and survival that turns on a knife edge – the perfect literary suspense for fans of Lullaby, My Absolute Darling and Promising Young Woman

Sandrine lives alone, rarely speaking to anyone other than her colleagues. She is resigned to her solitary life, until she sees on TV a man despairing for his wife who has mysteriously disappeared. Sandrine is drawn to him and eventually the two strike up a relationship.

When the man’s wife reappears, Sandrine is forced to confront the truth about him. Is he all she thought he was, or is he hiding an abusive and manipulative character? Who can she trust – the man she loves now, or the woman he loved first?