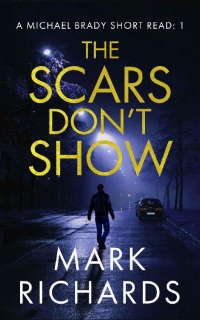 Michael Brady is willing to risk it all
His career, the woman he loves. Maybe even his life
And he’s risking them for the man who nearly killed him…
The story takes you back to the start of Brady’s career.
He’s 26. It’s his first murder case – and he’s desperate to impress.
Sarah Cooke’s been strangled – and there’s an obvious suspect.

“His fingerprints are all over the house. His car’s on CCTV. The old lady across the road, the incident before Christmas. Four boxes: four ticks. That’s enough for me.”
Brady has his doubts. But who’s going to listen to a rookie detective? Someone on his first murder case: someone who’s “playing detective for the day…”
“He’s abused his wife. He’s cheated his brother. But that doesn’t make him a murderer.”
But it’s not his decision. Brady and his partner are sent to make the arrest.
It goes wrong. Badly wrong. As wrong as an arrest can go.
And Brady wakes up in hospital…