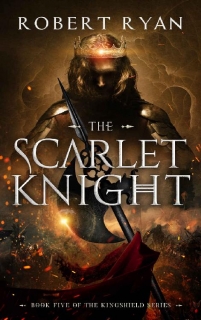 The future of nations stands in peril, and all pivots on the valor of one warrior…
The king of Faladir, possessed by evil, prepares to conquer other lands. An army of men supported by creatures of dark sorcery gathers beneath his foul banner. And the king, at their head, wields an ancient talisman of unstoppable power. But he still knows fear.

Faran, a simple hunter who has learned the famed skills of a Kingshield Knight, begins a quest to thwart the king. But he seems doomed, for even in success he is marked for death. Or worse.

As part of his quest, he must travel the void. It is a realm of spirit and magic, and he fears its misty paths of danger and deception. Yet there, as the final battle between light and dark draws near, he will discover a secret long hidden from him. One that the king has learned first and that could destroy him. If Faran lives…