The Sacrifice of Lester Yates by Robin Yocum 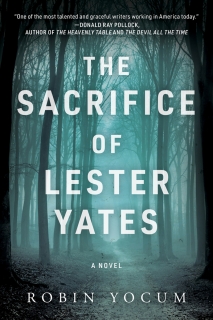 Lester Yates is the notorious Egypt Valley Strangler, one of the country’s most prolific serial killers.

Or, is he? Yates is two months from his date with the executioner when Ohio Attorney General Hutch Van Buren is presented with evidence that could exonerate him. But Yates is a political pawn, and forces exist that don’t want him exonerated, regardless of the evidence.

To do so could derail presidential aspirations and change the national political landscape. Yates’ execution will clear a wide political path for many influential people, including Van Buren, who must battle both the clock and a political machine of which he is a part.