The Rubicon by Andrew Heasman 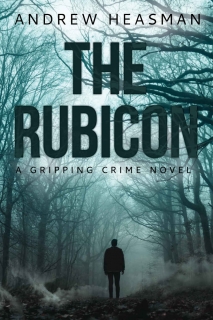 The quiet of the night is shattered as a police officer is brutally attacked on the streets of Barrington. Adam Greenwood watches from his bedroom window as the assault unfolds before him. He faces a moral dilemma: Should he intervene to save the constable – risking personal injury, or worse – or should he simply turn a blind eye? For Adam, the answer is straightforward.

As a former police officer, he is duty-bound to assist. However, unbeknown to him, his actions are to initiate a sequence of events that will ultimately threaten the lives of his entire family. It is often said that there is a fine line between those that enforce the law and those that frequent the criminal underworld. As events escalate, as boundaries become blurred, how will Adam react? Will he trust the legal system to protect his loved ones or will he be forced into doing something that goes totally against his nature?