The River Mouth by Karen Herbert 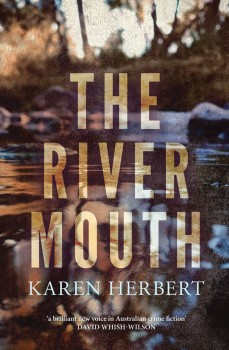 Fifteen-year-old Darren Davies is found facedown in the Weymouth River with a gunshot wound to his chest. The killer is never found. Ten years later, his mother receives a visit from the local police.

Sandra’s best friend has been found dead on a remote Pilbara road, and Barbara’s DNA matches the DNA found under Darren’s fingernails. When the investigation into her son’s murder is reopened, Sandra begins to question what she knew about her best friend. As she digs, she discovers that there are many secrets in her small town, and that her murdered son had secrets too.