The Readers’ Room by Antoine Laurain 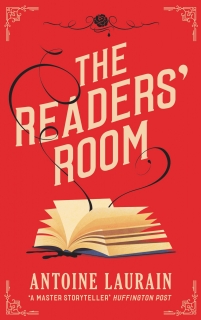 When the manuscript of a debut crime novel arrives at a Parisian publishing house, everyone in the readers’ room is convinced it’s something special. And the committee for France’s highest literary honour, the Prix Goncourt, agrees.

But when the shortlist is announced, there’s a problem for editor Violaine Lepage: she has no idea of the author’s identity. As the police begin to investigate a series of murders strangely reminiscent of those recounted in the book, Violaine is not the only one looking for answers. And, suffering memory blanks following an aeroplane accident, she’s beginning to wonder what role she might play in the story …