The President’s Doctor by David Shobin 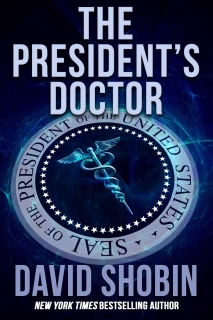 Years before, when the two fought beside one another in Vietnam, a humiliating event occurred which would forever impact the younger soldier’s psyche. Decades later, his former lieutenant is president of the United States, while the young medic has become Admiral John Townsend, the White House physician.

But dark forces were at work behind the scenes, intent on unseating the president—by any means possible.

Townsend discovers the plot to take President Meredity down. But is he up to the job, or will his deep-seated fears result in national tragedy?