The Phoenix by Bilal Siddiqi 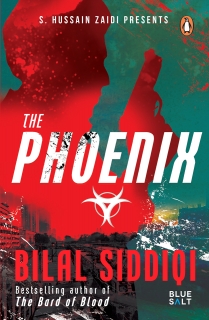 KNOWN FAMILY: A mother, a son and a wife, who was attacked before she could publish an exposé about a bioweapon in her newspaper.
CURRENT LOCATION: Last seen heading to Mumbai in pursuit of his wife’s attackers and on a top-secret comeback mission.
MISSION: Foil the bioweapon strike an international terror group has been planning to carry out in Mumbai on the anniversary of 26/11.