The Optogram by Noelle Jeffreys 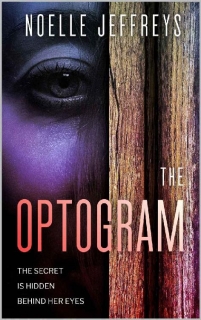 Dothan Knox is a troubled software genius disappointed by life. Seeking to turn his world around, his college places him in a humiliating internship with a small ocular research facility. Bored by the company’s mind-numbing project, he creates an artificial intelligence algorithm enhancing post-mortem retinal scans to a phenomenal quality.

When he runs the routine for the first time, he discovers the process has revealed the last image viewed in life within the retina of a beautiful murder victim. Realizing the object recorded by her retina could solve her murder, he sets out to find it and win his pot of gold.

But, as Dothan becomes involved in the dead girl’s world, he travels a dangerous path toward those connected to her death. With each step closer to the answer, will he uncover the secret of the optogram, or will the murderer find him first?