The Nothing Man by Catherine Ryan Howard 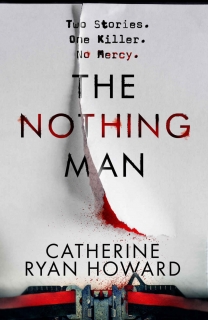 I was the girl who survived the Nothing Man.
Now I am the woman who is going to catch him…

You’ve just read the opening pages of The Nothing Man, the true crime memoir Eve Black has written about her obsessive search for the man who killed her family nearly two decades ago.

Supermarket security guard Jim Doyle is reading it too, and with each turn of the page his rage grows. Because Jim was – is – the Nothing Man.

The more Jim reads, the more he realizes how dangerously close Eve is getting to the truth. He knows she won’t give up until she finds him. He has no choice but to stop her first…