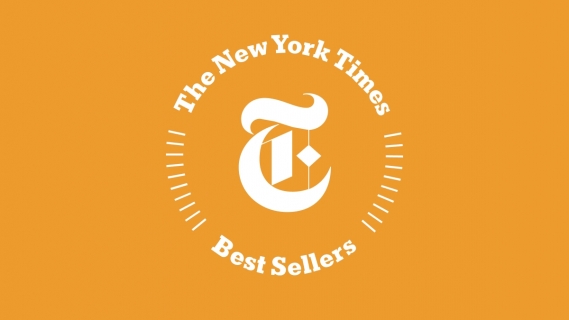 Fiction
01. THE HILL WE CLIMB by Amanda Gorman
02. THE RED BOOK by James Patterson and David Ellis
03. THE FOUR WINDS by Kristin Hannah
04. THE MIDNIGHT LIBRARY by Matt Haig
05. WHERE THE CRAWDADS SING by Delia Owens
06. WIN by Harlan Coben
07. LATER by Stephen King
08. THE SONG OF ACHILLES by Madeline Miller
09. KLARA AND THE SUN by Kazuo Ishiguro
10. THE INVISIBLE LIFE OF ADDIE LARUE by V.E. Schwab
11. WILDE CHILD by Eloisa James
12. THE DUKE AND I by Julia Quinn
13. THE ROSE CODE by Kate Quinn
14. THE LOST APOTHECARY by Sarah Penner
15. SUNFLOWER SISTERS by Martha Hall Kelly

Non-Fiction
01. THE CODE BREAKER by Walter Isaacson
02. GREENLIGHTS by Matthew McConaughey
03. THE BEAUTY OF LIVING TWICE by Sharon Stone
04. THE BODY KEEPS THE SCORE by Bessel van der Kolk
05. CASTE by Isabel Wilkerson
06. UNTAMED by Glennon Doyle
07. THINK AGAIN by Adam Grant
08. BECOMING by Michelle Obama
09. THE SUM OF US by Heather McGhee
10. HOW TO AVOID A CLIMATE DISASTER by Bill Gates
11. A PROMISED LAND by Barack Obama
12. ROCK ME ON THE WATER by Ronald Brownstein
13. HOOKED by Michael Moss
14. THIS IS THE FIRE by Don Lemon
15. EVERY DAY IS A GIFT by Tammy Duckworth — N/A

Get Fiction Get Non-Fiction