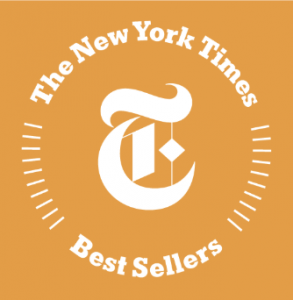 Fiction:
01. WIN by Harlan Coben
02. WILD SIGN by Patricia Briggs
03. THE FOUR WINDS by Kristin Hannah
04. LATER by Stephen King
05. THE MIDNIGHT LIBRARY by Matt Haig
06. LIFE AFTER DEATH by Sister Souljah
07. KLARA AND THE SUN by Kazuo Ishiguro
08. THE DUKE AND I by Julia Quinn
09. THE ROSE CODE by Kate Quinn
10. WE BEGIN AT THE END by Chris Whitaker
11. DARK SKY by C.J. Box
12. CAMINO WINDS by John Grisham
13. THE INVISIBLE LIFE OF ADDIE LARUE by V.E. Schwab
14. THE VANISHING HALF by Brit Bennett
15. THE SONG OF ACHILLES by Madeline Miller

Non-Fiction:
01. THIS IS THE FIRE by Don Lemon — N/A
02. THE CODE BREAKER by Walter Isaacson
03. GREENLIGHTS by Matthew McConaughey
04. CASTE by Isabel Wilkerson
05. HOW TO AVOID A CLIMATE DISASTER by Bill Gates
06. THE BODY KEEPS THE SCORE by Bessel van der Kolk
07. BECOMING by Michelle Obama
08. UNTAMED by Glennon Doyle
09. A PROMISED LAND by Barack Obama
10. THINK AGAIN by Adam Grant
11. THE SUM OF US by Heather McGhee
12. JUST AS I AM by Cicely Tyson with Michelle Burford
13. NOMADLAND by Jessica Bruder
14. UNCOMFORTABLE CONVERSATIONS WITH A BLACK MAN by Emmanuel Acho
15. WALK IN MY COMBAT BOOTS by James Patterson and Matt Eversmann with Chris Mooney

Get Fiction Get Non-Fiction