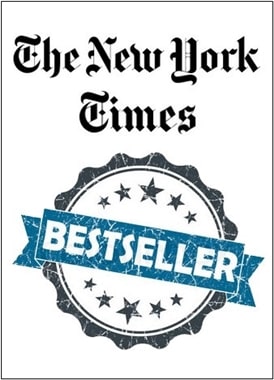 List:
01. ONCE UPON A TIME IN HOLLYWOOD by Quentin Tarantino
02. THE LAST THING HE TOLD ME by Laura Dave
03. MALIBU RISING by Taylor Jenkins Reid
04. THE PRESIDENT’S DAUGHTER by Bill Clinton and James Patterson
05. WHERE THE CRAWDADS SING by Delia Owens
06. PEOPLE WE MEET ON VACATION by Emily Henry
07. THE SILENT PATIENT by Alex Michaelides
08. THE MIDNIGHT LIBRARY by Matt Haig
09. A TIME FOR MERCY by John Grisham
10. SURVIVE THE NIGHT by Riley Sager
11. GOLDEN GIRL by Elin Hilderbrand
12. THE SEVEN HUSBANDS OF EVELYN HUGO by Taylor Jenkins Reid
13. THE MAIDENS by Alex Michaelides
14. THE SONG OF ACHILLES by Madeline Miller
15. IT ENDS WITH US by Colleen Hoover