The Missing by Daisy Pearce 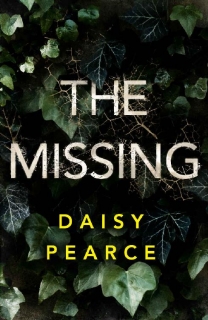 A missing girl. A loving mother who never gave up. A betrayed wife who doesn’t know who to trust.
Teenager Edie Hudson was nobody’s little darling, which made vanishing all too easy. Two decades later, she’s been forgotten by everyone except her mother, Samantha.
And the person who knows what happened to her.

Samantha has had a long time to remember, and to regret. Having seen how little her daughter mattered to the community in the months following her disappearance, she wonders if Edie was lost before she was even gone. Or was it guilt, not indifference, that made the locals turn a blind eye? When she meets Frances, she at last starts to hope for answers.

Because Frances is obsessed with the mystery too, after finding a photo of her husband with the girl who disappeared.
What really happened all those years ago? And just how dangerous could it be to find out?