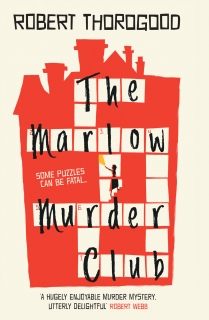 She lives on her own in a faded mansion just outside Marlow, there’s no man in her life to tell her what to do or how much whisky to drink, and to keep herself busy she sets crosswords for The Times newspaper. One evening, while out swimming in the Thames, Judith witnesses a brutal murder. The local police don’t believe her story, so she decides to investigate for herself, and is soon joined in her quest by Suzie, a salt-of-the-earth dog-walker, and Becks, the prim and proper wife of the local Vicar. Together, they are the Marlow Murder Club. When another body turns up, they realise they have a real-life serial killer on their hands. And the puzzle they set out to solve has become a trap from which they might never escape…