The Man Who Followed Women by Bert & Dolores Hitchens 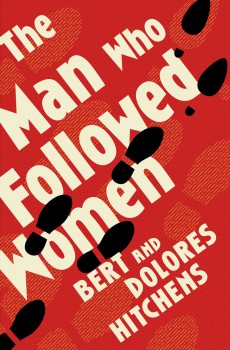 Danger appears like a runaway train when a railroad detective investigates a strange stalking in this gripping novel from the authors of One-Way Ticket.

When railroad cop Mike Kernehan stumbles upon a trespasser in a Los Angeles railyard one night, he has no idea where the case will take him. It seems the lonely middle-aged man has a penchant for following women, which is what has drawn him there. But what was a woman doing in the railyard all alone?

Meanwhile, Mike’s also investigating a series of stolen and missing shipments. Thousands of dollars in goods have been taken from trains coming into LA, but no one can figure out where or how the thieves are striking. With veteran detective John Farrel, Mike heads to the barren outskirts of the city looking for motives and means, only to realize that-like the stalker-they, too, should have kept their eyes on the woman who liked to watch trains . .